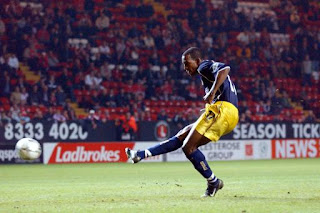 With BBC Wales eagerly putting the idea around that Saunders is being groomed as John Toshack's successor, and pursuing the line that Saunders might well jump ship in the Summer, it's interesting to hear a similar notion about is being the testing ground for Saunders' managerial ambitions being put forward by a member of the squad.

I've never felt that was the case, certainly not in the short term. However, Saunders' surprising comments about reassessing his position if the rift between Geoff Moss and the WST doesn't heal, if they're taken at face value, might make me think again.

More in this category: « Wrexham FC starlet Obi making a name for himself MATCH REPORT: Torquay 1-1 Wrexham »
back to top